On The Cover: Little Vivian Michelle VanDyke , dressed up in her own Patriot’s outfit, looks up to junior Henry County High School cheerleader Addy Kate Parker during a football practice last year. Vivian is the daughter of Zach and Alexis VanDyke. 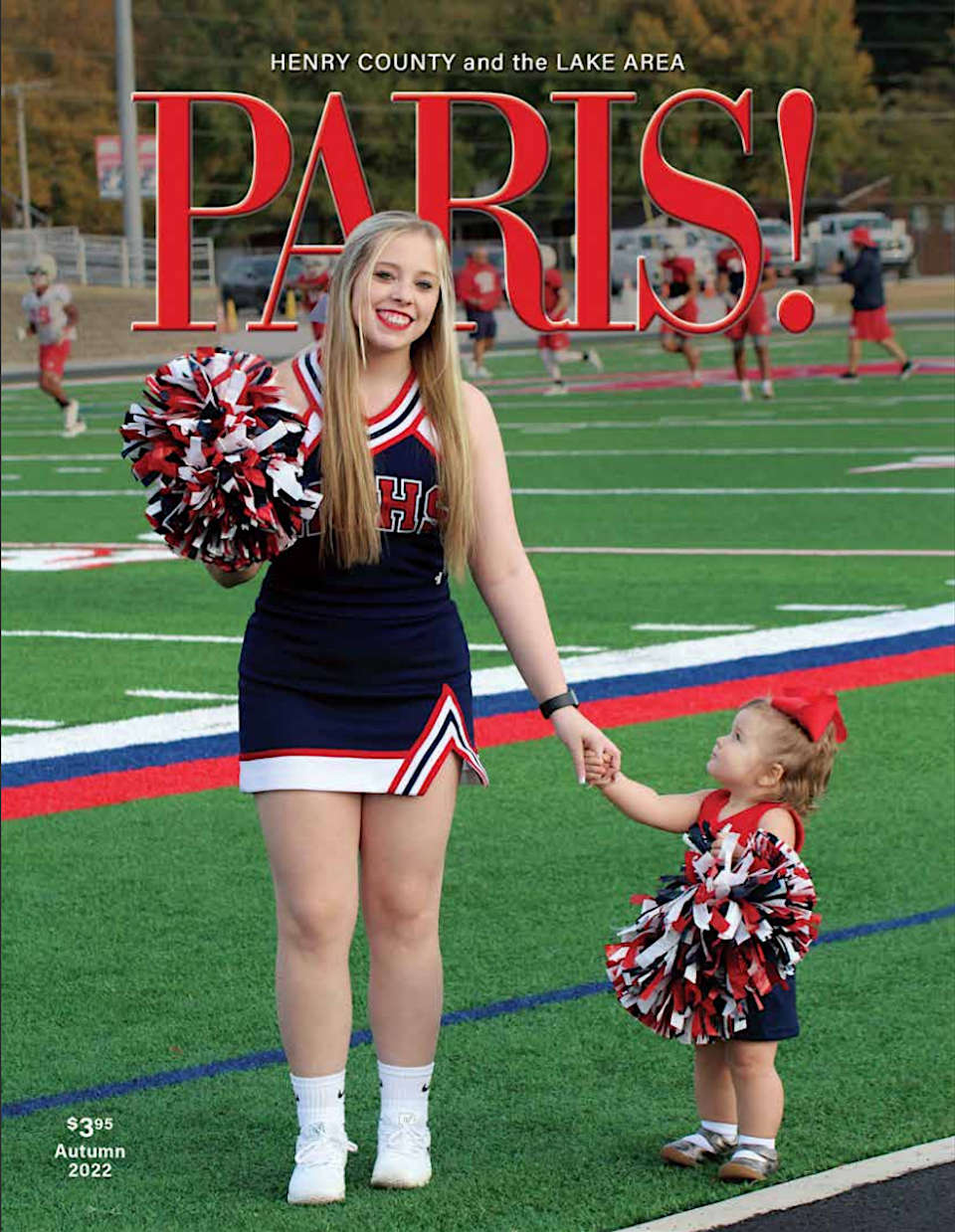 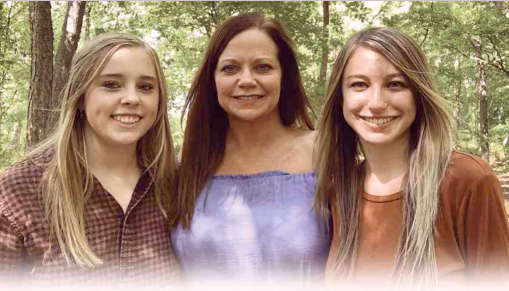 The Gift of Bill Neese

BY SUSAN JONES, Co-founder and former editor of PARIS!

In the middle of this past July, something curious happened. Bill Neese, our friend and fellow writer, left us. He didn’t mean to go, but just thesame, here we are without him.

In typical Bill fashion, he had made arrangements. It wasn’t a lock box filled with instructions, but rather tidbits from his writing to help us press on when he was gone. The legion of readers who enjoy his column, Back in the Day, know what I’m talking about.

Whether Bill was telling a story in person or on paper, he had make-you-laugh-out-loud timing. But what is timing without good material? Fortunately, although he had grown up in Memphis, the draw of extended family in Whitlock was strong, as was his love of hunting and fishing, and it all provided unending fodder.

And so it was that Bill made his writing debut in the 2017, winter edition of PARIS! With titles like “Carload Night,” or “Where to Park a Horse in Whitlock”, or “Four-Holer in the Road,” readers knew they were in for a good time. Yet his articles did more than make us laugh.

After Bill’s passing, I reread all of his stories on MyParisMagazine.com and realized he had actually been giving us instructions for living. Bill wrote these stories for his beloved grandsons, but the lessons are there for us all. My favorite is “Quail Hunting” (Autumn 2017), but the text below is from “Jalopy Night.”

He wrote: Incidentally, this article has a moral. Visit with your friends as often as possible, tell the old tales and even take
some time to write them down. Pick up the phone occasionally and call the ones who aren’t in town. You’ll be glad you did.

Thanks for the guidance, sweet friend. We hear you, and we’re on it.

Read online or get your copy. 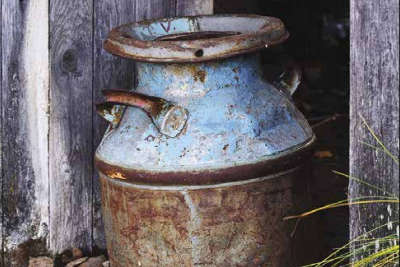 BACK IN THE DAY: TO CATCH A THIEF

One summer my cousins, Chuck and Rick Hinson, were visiting at the farm. We were having a great time and always looking for something to get into and some way to “help.”
Read More >> 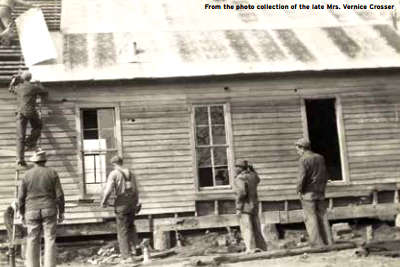 AROUND OUR TOWN: Early Memories Of Palestine Methodist Church

When I was asked to write some memories for the 201st Celebration of Palestine Methodist Church, I wrote over an hour as many stories as I could remember. Because there were so many, I will just say that the most important thing about my relationship to the church was how it affected my whole life.
Read More >> 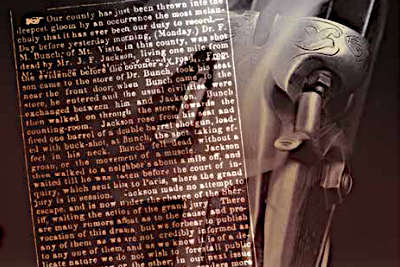 THE PAST 200 YEARS: THE KILLING OF DOCTOR BUNCH

Early in the morning on Monday, September 19, 1859, farmer John F. Jackson arrived at Dr. Francis M. Bunch’s store in the Mount Vista community. He said he hoped to catch Needham
Whitfield before the district collection officer traveled on to Paris. But that was merely a pretext because he had unfinished business with Dr. Bunch.
Read More >> 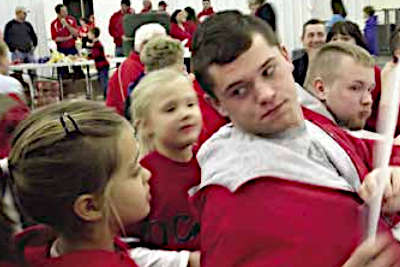 For this issue’s Remember When section, we’re taking a look back at those good ol’ school days of our youth, when everyone in Paris rooted for the Grove Blue Devils, kids walked to school and then walked back home, but not without stopping off at the soda fountains downtown on their way back home.
Read More >> 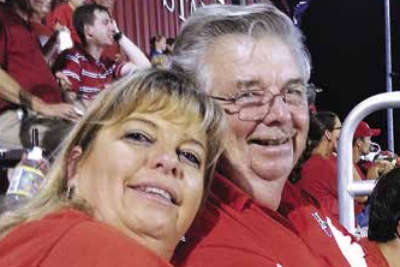 SPOTLIGHT: VELVET ARNOLD, Without Cheerleading it's Just a Game

It’s not your mother’s cheer squad. Today, high school cheerleading is on a whole different scale and Velvet Arnold has been right there in the forefront – for 16 years as the cheer coach at Grove School and Henry County High School.
Read More >> 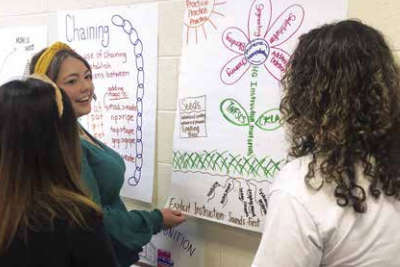 Across the state and here in Henry County, educators are committed to improving literacy instruction for all students. Tennessee continues to lead the nation in both education gains for students and innovation, most recently the K-12 literacy crisis response to COVID-19. Locally, this means more professional learning opportunities for Henry County educators which, in turn, leads to improved outcomes for Henry County students.
Read More >> 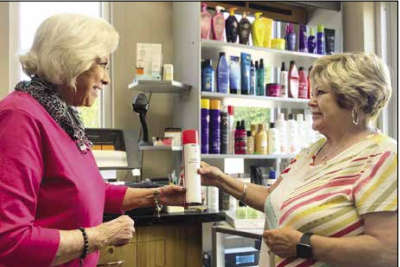 FEATURE: CAROLYN RUSSELL BY SUSAN JONES, A Heart For Teaching

Two important events took place in November, 1956 – Dwight Eisenhower was elected as the 34th president of the United States and young Carolyn (Fitzhugh) Russell began her beauty school career in Paris, Tennessee. Ten presidents and 66 years later, the fashionable educator with a head for business and a heart for young people continues to instruct the cosmetologists and nail technicians of tomorrow
Read More >> 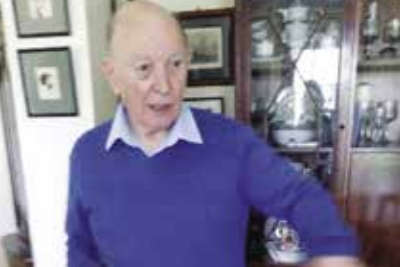 OFF THE BEATEN PATH: A VISIT BACK HOME to York, United Kingdom

t was March 2022 and as I exited the airport at London Heathrow, I was happy to be back home to celebrate my dad’s birthday and see family and friends. Two years before, I had missed my dad’s 80th birthday, as the COVID outbreak cut my trip short so I could get back to the United States before the country was locked down.
Read More >> 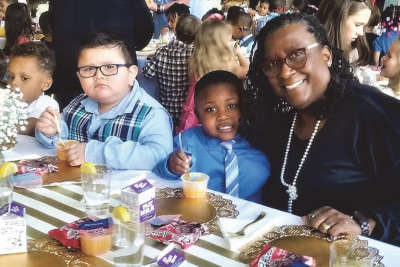 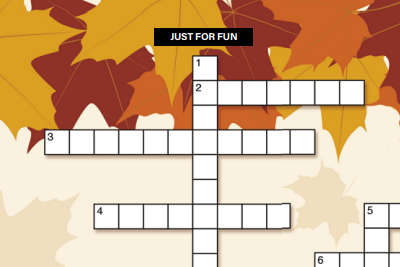 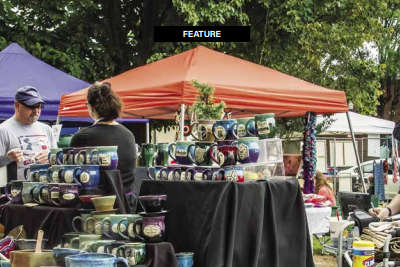 FEATURE: ARTS ’ROUND THE SQUARE An Autumn Tradition for 16 Years

If it is the last Saturday in September, it must be Arts ’Round The Square in Downtown Paris! Often referred to as ARTS by locals, the festival returns on September 24, 2022. The annual one-day arts event is sponsored by the Paris-Henry County Arts Council and made possible by many sponsors and volunteers from the community.
Read More >> 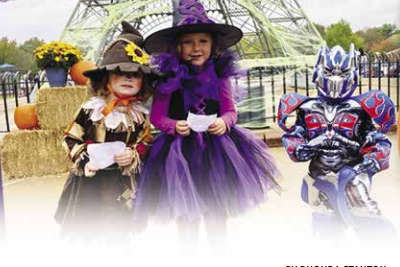 Spooktacular has long been a hauntingly fun time in Paris, Tennessee. For many years a passersby could see ghosts and ghouls running around the Henry County Court House on the Saturday afternoon before Halloween.
Read More >> 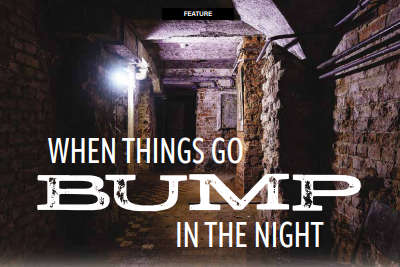 FEATURE: WHEN THINGS GO BUMP IN THE NIGHT

Valli Kimery is like most in Henry County: she has a family, she has a job, she likes to have fun, and to meet new people. And new people really like to meet her – both the living and the dead.
Read More >> 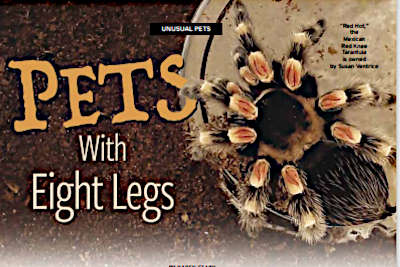 When the word “spider” is mentioned, it often provokes two responses: “eek!” or “how cool!” Reactions include cringing, rapid body movements, or finding the nearest heavy object to flatten the critter. The eight-legged insect even garners its own phobia – Arachnophobia, the irrational fear of spiders and other arachnids. And who can forget the 1990 horror movie classic by the same name? Scary!
Read More >> 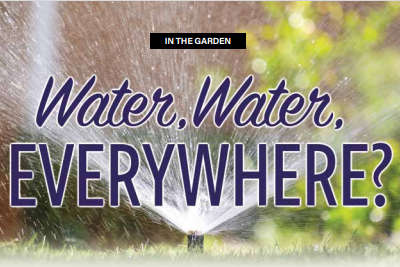 IN THE GARDEN: Water, Water, EVERYWHERE?

At the time I’m writing this article, we’re in the middle of a full-on drought in most areas. A little over four weeks with no measurable rainfall and temperatures in the 90’s will tend to do that. So with that in mind, I thought we could at least talk about water even if Mother Nature is being a little stingy.
Read More >> 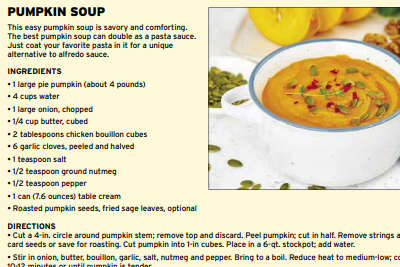 IN THE GARDEN: Water, Water, EVERYWHERE?

You can use fresh or canned pumpkin to bake up delicious pumpkin desserts as well as savory weeknight meals. For breakfast or brunch recipes, consider adding canned pumpkin to traditional breakfast fare such as pumpkin waffles, pumpkin pancakes, or even bread pudding. Pumpkin can spice up appetizers and dinner menus, too. Whip up a batch of pumpkin hummus, pumpkin chili, or pumpkin pasta such as lasagna. Pumpkin purée can take the place of heavy cream or cheese in dishes for healthy pumpkin dishes. There are pumpkin recipes for every taste.
Read More >>

Pick up your copy at one of these locations: 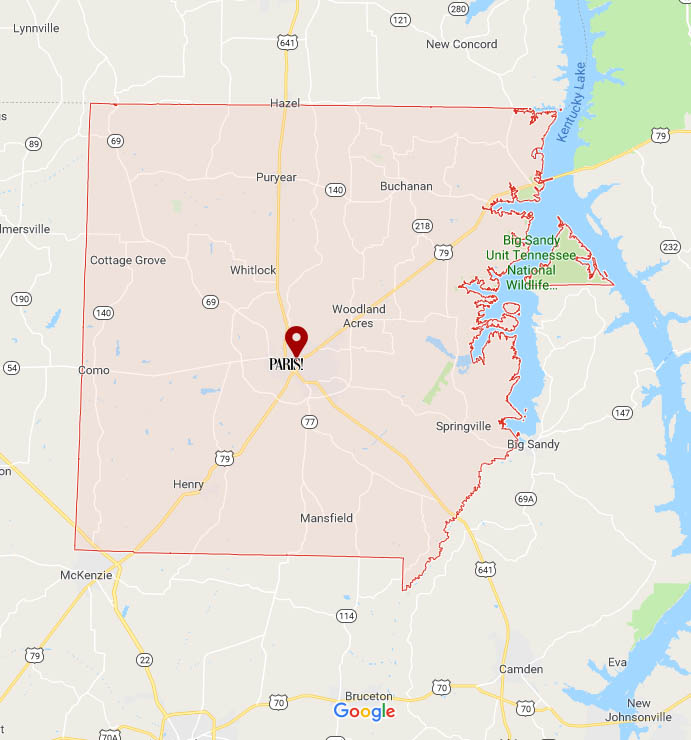 Find out what PARIS! magazine can do for you.